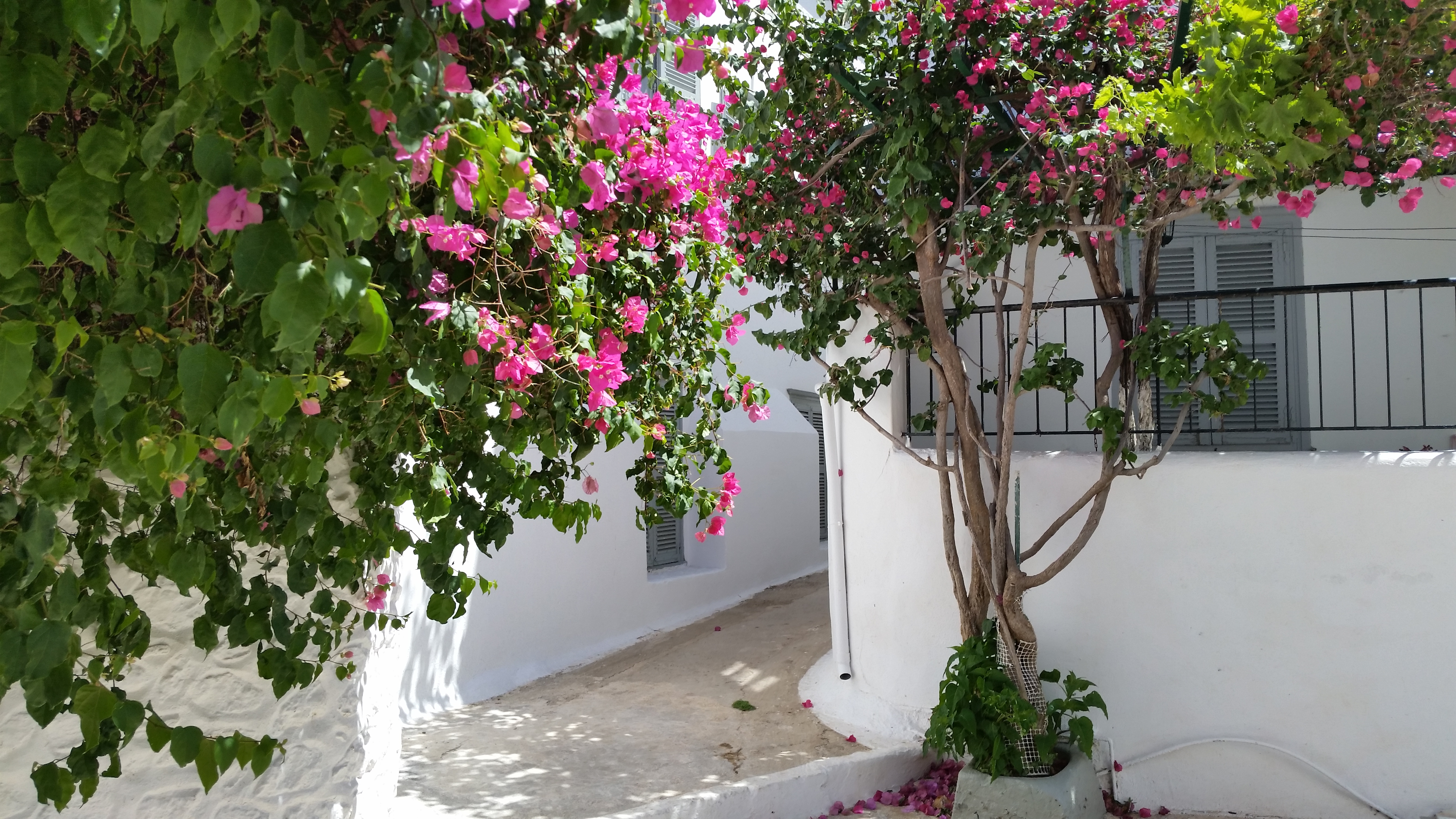 On a wing and a pranayama I signed up for a yoga retreat, not just around the corner mind you, in Greece on the island of Hydra. In my usual way, I ploughed head first into something I knew nothing about, didn’t have the budget for and I had no idea how I was going to physically do five hours of yoga a day.

Yoga has had somewhat of an explosion over the past few years and yoga studios have been sprouting up all over town. There are many styles to choose from and it is no different when it comes to retreats.

You can in all seriousness go to a yoga retreat in the French Alps (no après skiing mind you) or in Marrakech (this one offers cake, not sure why that would be a highlight unless you had been on a no sugar diet for while) depending on what you fancy, the skies the limit.

“Set against a backdrop of bougainvillea and exquisite Mediterranean views, Hydra is full of cobblestone streets, traditional tavernas, a crescent shaped harbour and is known for its beauty and old world charm”. Well there you have it, sounds perfect doesn’t it? I had heard only positive stories about retreats, generally about how wonderful people had felt afterwards, they said “Everyone should do a yoga retreat, they are better than holidays!”

They talked of it changing their perspectives, understanding their truer selves, changing their habits and attitudes, the list goes on, but I was listening with open ears. I had just signed up for one and I was getting more excited as the days passed. The one aspect I was most interested in was that focusing on their yoga practices had changed their lives. Well I had a bit of practice in this department. Nearly three years ago I had my own life changing event, it wasn’t a yoga retreat, it was cancer.

Talk about stopping me dead in my tracks. I sought solace in the practice of yoga during the time of my diagnosis and it too proved to be my saviour. I cannot overstate what a difference yoga made to me in those first few months of chemotherapy. It was such a blessing (and a luxury) to give myself an hour of just “me” time, to spend time with myself.

This concept had been foreign to me before now. I have spent countless hours reflecting on and pondering these thoughts since. I realised with sadness that I had never put myself first, ever. I had lived my life up until then putting everyone else before me. I don’t think there is a working mum out there who doesn’t from time to time feel this way but I realised that it wasn’t just my children, it was everybody. I honestly thought that putting me first was a selfish thing to do but I know now through my yoga practice that you cannot be your best self if you don’t spend any time with yourself.

To be completely at ease with you is something that I had never experienced before. I have never been more tranquil. So, how could spending a week doing five hours of yoga and meditation a day help me even more?

The most exciting part of travel for me is the planning. When you book a trip you instantly have something to look forward to, it’s like all your Christmases have come at once. You have chosen your destination and now comes the fun bit, filling in all those gaps with daydreams of gorgeous cobblestone streets, eating beautiful food at a local taverna, wisteria laced pergolas shading you from the afternoon sun and swimming in the aqua blue water.

You can see it in your mind’s eye, just how you imagined it. The bubble of excitement is magical, it’s like stargazing, you are mesmerised and little jolts of joy fill your being. The fact that it can go on for months (depending on how far in advance you book your holiday) it is a feeling I never tire of.

Before we left I was given a small bag of items to take with me on the treat. I very lovely touch from my yoga studio and it contained a carry bag, organic chocolate (that didn’t last long), a fabric covered note book, a yoga strap and a bottle of hydrating mist with rose water and jasmine.

Thirty other people had signed up for the retreat and apart from my yoga teachers I knew only two other people and they were a couple. I am not a novice in the travelling solo stakes and I am pretty accustomed to talking to strangers but there was a small part of me that worried about spending the entire time on my own.

I am not that fond of my own company (well in small doses), I had the best of both worlds, travelling solo meant that I could be on my own or be with a group if I wanted to, I had a choice. I am not averse to travelling in a group either but unless you are totally compatible, there will be times when you wish you were on your own and it can sometimes be tricky if you want to. The other members might think you are being selfish or you are embarrassed by them, any number of reasons really.

I didn’t have to deal with that at all; I could flit between groups or be all on my lonesome (I was desperately hoping not to be the lonely traveller all of the time) They were certainly a mixed bunch, couples, sisters, mum’s and daughter’s, groups of friends (six members in one of them) and (to my surprise) two other solo travellers. Fantastic, I was the only one and that meant at least I wouldn’t be sitting at the breakfast table alone.

It isn’t that easy to immerse yourself in a large group when you have no wing man. I really had no idea what to expect, in any large group you are invariably going to like some people and not others, that is just human nature. My mum always said that “you will never get along with everyone” and this could not have been truer.

We all had one thing in common, yoga but apart from that, we were from difference upbringings, races, religions, socioeconomic and geographic backgrounds, we were the quintessential mixed lolly bag.

What fun I thought (and I really mean that) it is fascinating to meet people, I personally love it. I love hearing people’s stories, everyone has one (or many) and that is what captivates me about travelling. You never know who you’re going to meet.

I didn’t meet anyone famous (or infamous) but I happen to love the ordinary. The ordinary really does become the extraordinary.

Stay tuned to find out how I navigated a week at a yoga retreat. 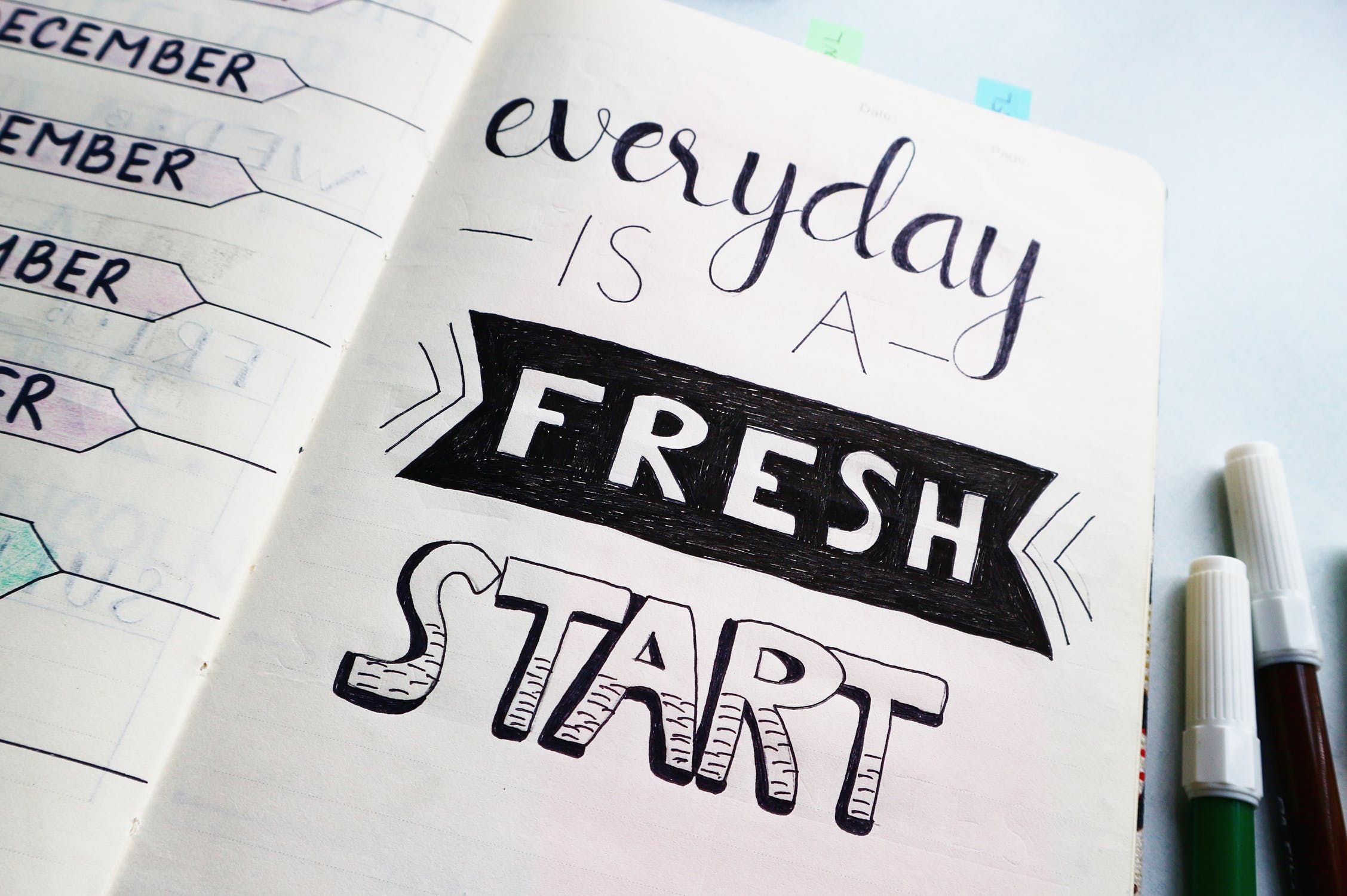 You often hear the words “today is a new day” and yes, that is true, but how do you stop… 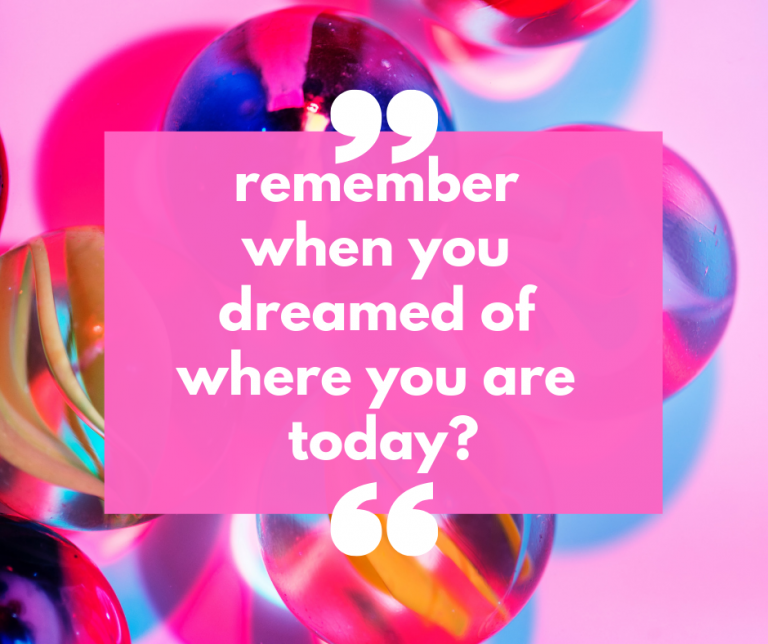 Remember when you dreamed of where you are today? I do. Here’s the thing about dreams, they can come true…. 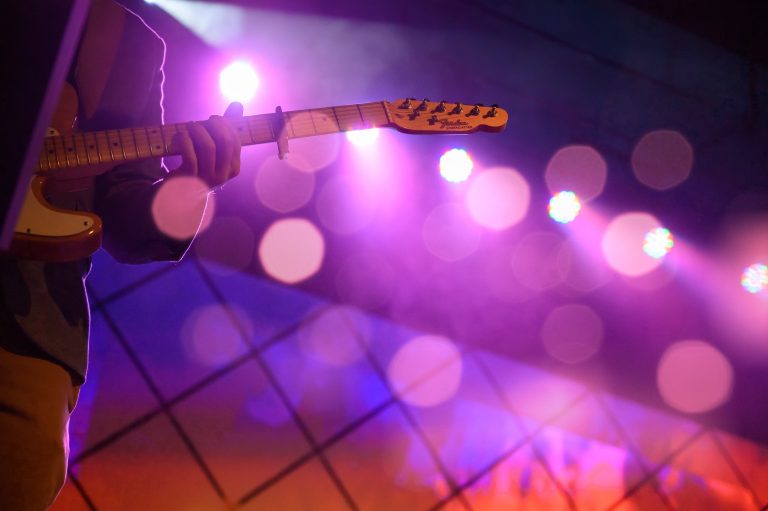 You know you are getting (a bit!) older when your pre-set radio station is predominantly music from the 1980’s. This… 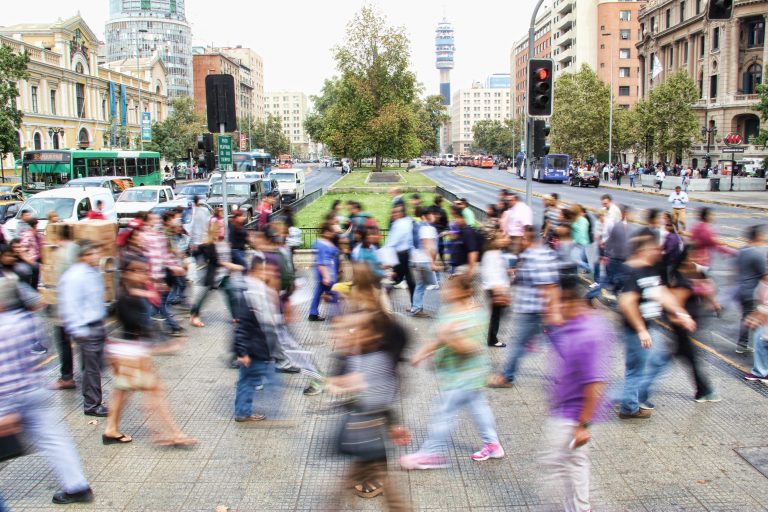 Right now, the world is a pretty weird place, like many of you, I have never experienced this in my… 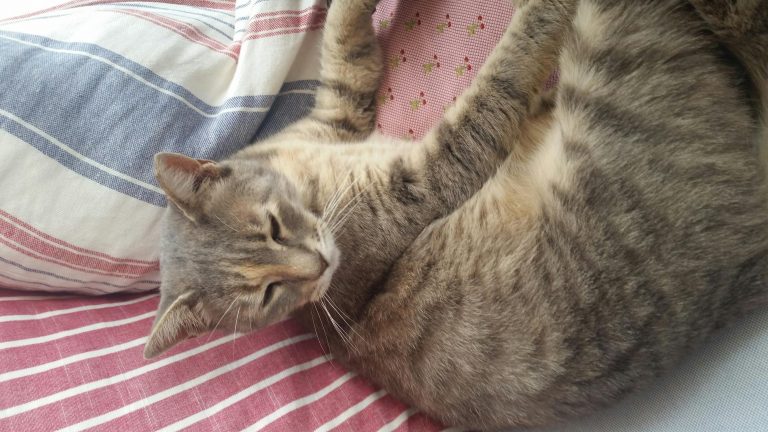 Rosa is a cat. Yes, a cat that lives in Hydra. I happen to think we can learn a lot… 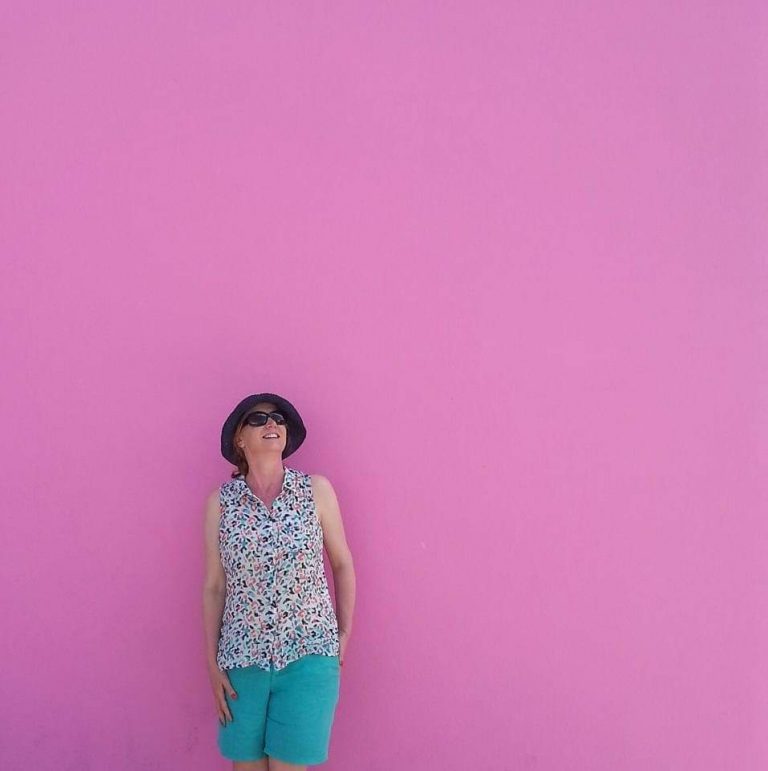 On this day 3 years ago, I found a lump in my breast, it turned out to be cancer and…